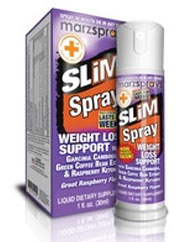 While diet pills are the most popular form of weight management product, that doesn’t mean that all weight loss products come in this form. Other forms that are known to be concocted include creams, drops, shakes and teas. Yet the innovation of these companies doesn’t end with just that. With Slim Spray, users are told that they may lose weight through the form of a spray that they apply on their tongue. And unlike traditional capsules that may take a half hour or longer to take effect, Slim Spray is marketed to take effect in a much shorter duration of time. With innovation such as this however, there is always a chance that it may backfire on it’s stated purpose and not turn out as competent as it was originally intended or marketed to. There are plenty of products from all markets that have tried to become game changers, only to be lost in the dustbin of time as nothing but a passing novelty. So is that the case with Slim Spray?

Is it but a gimmick, or is it something much more substantial? This product gets broken down in the following article.

Slim Spray is an orally applied spray that is declared to not only have a high absorption rate, but to also produce effects on an accelerated level as well. It is asserted that this concoction will quash hunger pangs, sink the possibility of drastic mood swings, intensify energy levels and revamp any diets that the user may be applying to themselves. For people who may dislike ingesting capsules that may be hard to swallow, there is much appeal that comes from Slim Spray.

The one aspect that I do like about this concoction, is that it makes sure to mention how diet is important for overall weight management. There are too many diet pills out there that assert themselves to be something akin to a miracle, and as such, they make no mention as to how diet plays a role at all. I see this as extremely detrimental, as without addressing this, successful weight management becomes much more unrealistic. I did notice however, that while mentioning diet, there are no diet plans that have been provided for users to follow. Nor are there any exercise routines that should be followed as well.

In fact, the word “exercise” is not even mentioned on the official webpage of this product! It’s as if the manufacturers are half there on informing potential users how to successfully drop weight, but this lack of information does leave much to be desired.

Marz Labs is the company that is known for producing Slim Spray. The Van Nuys based company is known for manufacturing nutritional and weight loss sprays, as well as an array of other nutritional supplements that come in the form of orally applied sprays. The official website for the company is unique, as instead of scrolling up and down a page, scrolling is done on a left to right basis. Although unique, it may get hard to scroll on their pages from time to time.

Unlike more obscure companies, Marz Labs gasconades it’s appearances on television, such as on the show Shark Tank. The company also understands the importance of having a website that has more features than simply a product catalog, and they include a blog on their website as well, which features an assortment of health related articles, as well as more fun miscellaneous articles, such as for example, one that deals with remedies for hangovers. The company also understands the importance that social media plays in today’s marketplace, and as such, they have a presence on Instagram, Facebook and Twitter.

Product descriptions are always confident and optimistic, and the words used in the sentences that are contained within them reflect that. However, much as it is important not to believe everything that is seen on television, so is true not to take everything that is read about a product as fact. There have been no clinical studies provided on this product, nor on the individual ingredients of which it is constituted, despite some of these ingredients actually being researched (I don’t know why they would exclude this, as it would only help in selling more of their product.) There may be ingredients that are known to be beneficial for overall health, such as vitamin D, vitamin A, green tea and vitamin B12, but that doesn’t necessarily mean that this combination is good for a subtraction of pounds. They may improve overall health, but that is a different matter than weight management. This distinction is important to understand, as there are companies that may use this confusion as a means to garner more sales for themselves.

Additionally, the official website for this product offers customer testimonials of this product that would verify that it is indeed, truly dynamic. This however, is just what is seen on the company’s website. When I checked on Amazon.com, which is known to be a third party supplier of Slim Spray, the reviews I saw were mediocre at best; The average rating that customers gave this concoction was only a 2 out of 5 stars. The overwhelming majority of users rated this blend a 1 out of 5 stars. These users derogated Slim Spray for not quashing their appetite, and generally producing no effect in regards to weight loss. Some of even complained of issues pertaining to refunds and the customer service employees that they had the displeasure of interacting with, who were reported to be rude.

Top Rated Products are highly rated by the third party retailers that sell them.

There are a total of 17 different substances that comprise the ingredient lineup of Slim Spray. 8 of these ingredients are found separately from the proprietary blend, and they have their mass and daily recommended dosage included. These ingredients are vitamin B12 (1000 mcg, 16,667% the daily dosage), niacin (3.3 mg, 17%), chromium as chromium picolinate (40 mcg, 33%), vitamin D (67 IU, 17%), vitamin A (667 IU, 13%), biotin (200 mcg, 67%) and thiamin (1 mg, 67%). The remaining ingredients are included in the proprietary blend of this concoction. The total amount that these ingredients weigh in at is 168 mg. There are no amounts given for the individual substances, so we have no way of knowing which ones may be overloaded, which ones may be in too small of amounts to do anything substantial, and which ones are at just the right amount to have some level of competence in regards to weight management. These ingredients are garcinia cambogia, yacon root syrup, raspberry ketones, aloe vera leaf gel, green tea leaf extract, green coffee bean, 5-HTP, guarana seed extract and caffeine.

Users are instructed to spray Slim Spray either in a drink or in their mouth 7 times between daily meals. It is also mentioned that it may take 3-4 months to see any results from this concoction. While some users may be impatient for the results they crave for, this factor may turn them off this brew.

Unlike other diet pills that may be full of adverse effects, Slim Spray is relatively free of them. The only complaint that I see as meaningful to mention, was a single user who reported that after using this product it made him cough. Once he stopped using this concoction the cough subsided. It is true that there are stimulants within Slim Spray, but they may come in too low of a quantity in the proprietary blend to produce side effects, otherwise someone would have mentioned how they were adversely affected from this product. In spite of this, I would still advise individuals with a pre-existing health condition, women who are nursing or in stages of pregnancy and people who are currently taking other medications to consult with a healthcare expert before using this concoction.

Some Top Rated Products are known for not causing side effects, which are one of their biggest selling points.

While indeed a fascinating take on how to make weight loss possible, this product ends up failing where it should have succeeded. There are no clinical studies that have been done on this concoction that would prove that it is indeed a compelling product. There have also been numerous negative reviews on this product, stating that this did nothing to curb hunger pangs, nor effect over all weight loss. While it is true that it isn’t known to cause adverse reactions, that is really this product’s only real positive point. If you are looking to subtract a few pounds, there are other products that can more effectively aid you in reaching your goal.

Top Rated Products earned their ranking by getting people the results they crave.