If you’re looking for a pill or supplement to help you shed some pounds and lose weight, the most important thing to pay attention to is a product’s list of ingredients.  If a diet pill or supplement does not contain the right kind of ingredients, it’s likely that it won’t really help drop any of those pounds you’ve always tried to shed. But more importantly, if you aren’t sure what’s inside the product you’re buying, you may find yourself having to deal with a whole lot of unforeseen, nasty side effects.

Being informed and familiar with the ingredients you’re putting into your body is an important part of using any diet pill, especially considering how the most powerful weight loss ingredients are often the most dangerous. In fact, many of the most effective pills are actually hard to acquire these days because the Food and Drug Administration found their side effects dangerous enough to ban the ingredients from the U.S.

In this review, we’ll talk about some of the most controversial ingredients that the weight loss industry has used in the past. Remember, while they may be powerful enough to yield significant weight loss results, these ingredients may also result in some seriously grave side effects. Diet Pills should be used responsibly.

These ingredients may look like they’d be able to provide you with exactly the kind of weight loss that you’re looking for. But before you rush out to buy some Ephedra and Sibutramine pills, we have some unfortunate news for you: neither of these ingredients are legal in the United States anymore. That’s right, the Food and Drug Administration actually classified these two powerful ingredients as “controlled substances” that were unsafe for human consumption and withdrew products containing the ingredient from the market. Let’s take a look at some of the dangerous side effects that were resulting from Ephedra and Sibutramine to get a better understanding of why the FDA wanted these ingredients off the market. 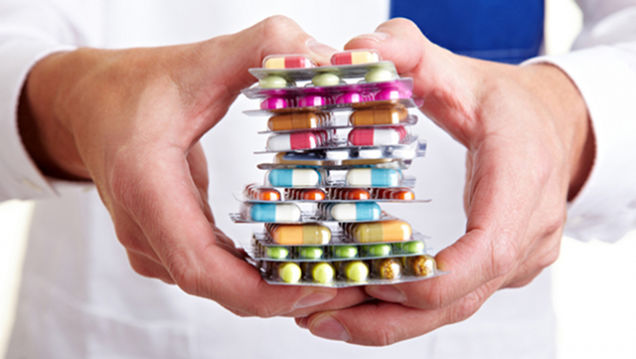 Before the FDA banned Ephedra and Sibutramine from being used in diet pills, people had begun to suffer some seriously grave side effects as a result of using supplements that contained these ingredients. Ephedra and Sibutramine are capable of resulting in a wide range of various side effects, but while some may seem relatively harmless, such as dizziness and dry mouth, the adverse effects of these powerful controlled substances are not to be underestimated. In fact, the whole reason why Ephedra and Sibutramine were banned by the FDA in the first place was because their side effects turned out to be so powerful that they actually began resulting in cardiovascular-related deaths. As a result, the FDA banned Ephedra from the United States in 2004. In 2023, Sibutramine would also be taken off the market due to its dangerous side effects.

Due to how powerful and effective they were, the weight loss industry has sorely missed Ephedra and Sibutramine since they became illegal in the United States. Since then, they have been searching for adequate, safer substitutions; ingredients with similar potency but none of the deadly side effects of Ephedra and Sibutramine. While many of these substitutes, such as the natural ingredient Garcinia Cambogia, have proven to be effective and safe, there is one particular Ephedra substitute that can actually be quite dangerous.

Citrus Aurantium: another common stimulant, this ingredient is derived from bitter orange peels and believed to have powerful metabolism-boosting effects as well. Just like Garcinia Cambogia, though, while many claim that this ingredient is allegedly safer than Ephedra and Sibutramine, products containing Citrus Aurantium have been known to result in deadly side effects, such as:

It really is too bad that many of the most potent and effective weight loss ingredients are also the most dangerous. Of course, there are more ingredients than just the ones we’ve discussed in this article; with all the options available today, you should really have no problem finding a pill containing ingredients that are both powerful and safe. As long as you stay informed and always use weight loss supplements responsibly, diet pills should be able to safely help you.

One Response to Controversial Ingredients in Weight Loss Pills