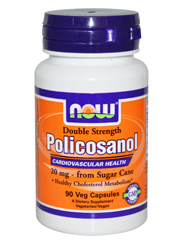 While there are diet pills that are made in the United States, we are not the only country that is known to make these kinds of products. Sometimes we blinded by tunnel vision, and in doings so we think that we are the only ones that experience our problems, making us unique and exceptional in this manner. The truth is that we are all of the human race. We are all no better than one another, and in fact we share many of the same experiences, despite our differences in religion, location, ethnicity or whatever else. While obesity is a primary cause of concern in  the United States, there are other countries that have felt the overbearing weight that this condition afflicts on people who suffer from the health complications of being overweight. We are not alone in our conquest over the epidemic known as obesity.

There are other countries that have their own diet pills, with their own takes on how to get people to drop weight. Such is the case with Policosanol.

Celebrated by the Cuban government as a weight loss supplement, Policosanol has it’s origins in beeswax, yams and more principally, within sugarcane. The substance is said to sink cholesterol levels, although independent studies outside of Cuba have debated the findings that were previously made about this substance. Because of this there may be a bias from the people who produce this product, so they may be able to make more sales. This would not surprise me, as there are plenty of other companies out there that have done, and are willing to do the same thing.

Yet in spite of these problems, the people of Cuba still see this substance as something of a panacea, with the ability to alleviate other conditions as well. This support seems to be isolated to the people of this country, as well as some others that also believe that this substance has health benefits. So what is the real story behind Policosanol, is it really as robust a substance as the yay sayers enjoy making it out as? Or is this nothing really special, simply being another one of many dietary supplements that essentially amount to nothing more than a placebo, if not just a bit better?

Read the following article to find out. If you are unfamiliar with this substance, what you read my suprise you.

As previously stated, Policosanol is a naturally derived substance, and as such, a company having a monopoly like stranglehold on this substance is non-existent. However, companies that are known to manufacture this as a standalone supplement include NOW Foods, The Vitamin Shoppe, GNC and Solgar Sugar. Additionally there are also companies that may be known to add this as an ingredient in one of their products.

Cholesterol is a byproduct that is manufactured by the liver. For people who have genetic predispositions or who are not very active and don’t pay attention to their diet as well as they should, or who may additionally not exercise as frequently as they should, the cholesterol that the liver produces may become so abundant that they may become hazardous to an individual’s health. It’s at this point that the usefulness of Policosanol becomes apparent, as it sinks levels of “bad” Low Density Lipoprotein (LDL) cholesterol levels, while simultaneously heightening High Density Lipoprotein  (HDL) cholesterol levels. While the Cuban government has done numerous studies on the benefits of this substance, when followed up by independent outside sources, the results were not as encouraging as the studies done by the Cuban government.

From the outside sources, I have noticed that in regards to weight loss, there sometimes weren’t even any changes in the amount of pounds a person had, pre and post using this substance. To expand on this, I think it is important to mention that the studies that were done on this show that there may be changes in cholesterol and not necessarily weight loss. While the two are related, the terms are not interchangeable. There are companies out there that play on this ignorance that the average layperson may have to make money. It’s always important to know exactly what these terms actually mean, so as to avoid having your money wasted.

While Top Rated Products are known to decrease the overall amount of weight in users, things like cholesterol may also be decreased with their use as well.

Policosanol consists of an array of fatty alcohols that have their origins in plant waxes. Triacontanol and octacosanol are the two kinds of alcohols are the most abundantly found in Policosanol. Moreover, dotriacontanol, tetracosanol and hexacosanol may be found in quantities that are greater that 1%. I specify 1% because there a other alcohols that are found within this substance, however they come in much smaller quantities. This concoction of alcohols is what is alleged to bump up HDL cholesterol while concurrently decrementing  LDL cholesterol levels.

Because of the lack of studies, there is no concrete amount of Policosanol that scientists are able to agree upon. However an amount that has been mentioned for a safe dosage would be 5 to 10 milligrams which would be taken twice daily. Personally not having any hard scientific findings on this makes me a bit weary as to the safety and effectiveness of this substance. Because the way I look at it is, if scientists don’t even know the right amount of this to take, who is to say that you might be taking to much of this without realizing it? Or the opposing viewpoint to that, what if you are taking too little to notice any effect? How would you ever know? That’s the problem; you wouldn’t know.

In doses that range from 5-80 milligrams there is a high possibility that Policosanol is safe for consumption, however, this substance still needs more independent clinical trials to verify that it is indeed safe. Adverse reactions to this substance may commonly include stomach discomfort, bleeding from the gums or nose, issues with urinating, dizziness, drowsiness, irritability, migraines, rashes and reddening of the skin. For people with bleeding disorders there is the possibility that Policosanol may stagnate the rate of clotting, which may exacerbate these kinds of issues. This also applies to people who are on the verge of undergoing surgery. In addition to this women who are nursing or who are in any of the developing stages of pregnancy before the baby comes to term are not advised to consume this substance.

Top Rated Products are known to lack many of the adverse reactions that this substance may induce on it’s users.

The primary problem that I have with this substance, is that there is a high possibility that the studies that were done on Policosanol may have been done more with profit margins in mind than actual weight loss results. This seems to concur when independent studies are thrown into the brew, as they do not replicate the findings that the Cuban government had on this substance. Additionally, while it is important to make sure your cholesterol levels are healthy, that is not the same as weight loss. It is true you may not be spending a lot on this product (in some cases as low as $8), but the question would still remain; why waste your time with something that isn’t actually going to help you lose weight? Spending your time with better supplements is a safer bet.

Top Rated Products are widely regarded to be effective in achieving the goals that their creators set.