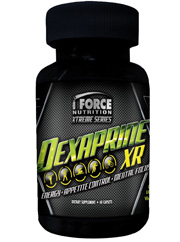 Thermogenics play a big role in many weight reduction supplements. The main reason is because they are often quick in their effects which often produce energy. The real question to answer however is what the stimulation feels like, is it comfortable and safe to consume. Well everybody is different and the answer depends more on a persons unique makeup. If one does not have the tools to properly distinguish dosage strength and the history of its effects on other customers, it becomes a gamble.

To make the situation worse many thermogenic complexes have a series of ingredients that some bodies cannot handle. So what is key is understanding if it can produce results in you at a steady rate not leading to any issues. With this intact you can fully make an informed decision based off what you can handle.

So that is why this Dexaprine outline exists, to offer all the key components of what each person can expect for themselves. This allows you to see if its proper and a right fit.

For people who are in the middle of a battle with their weight through dieting, this supplement is meant to cater to your demands. The gist of what this product is intended to provide is a relief in the struggle to diet and to prevent all the negative aspects associated with caloric deprivation. For those who are having irritability issues, hunger and just overall malaise, this supplement was created with you in mind. It has the purported benefit of being active a lot longer than other stimulants. This ensures one has the capability to function at a top notch rate without a dragging down time. Also it is meant to reduce ones appetite which of course would play a key role in weight loss.  Even included is the ability to give a mood elevating effect, also necessary when dieting as one feels out of sorts when reducing calories. The makers add a graph to show how sustained one’s energy, mood and overall hunger are maintained.   According to the graph it appears it is meant to provide up to 8 hours of appetite suppression and about 10 hours of overall mood support.

The company serves up a sympathetic appeal to customers, adding that when dieting solo it leaves one completely miserable to try and cut calories without supplementation. They add this product will allow one to sustain a diet without fear of losing one’s edge.  Even included is the ability to go beyond what one believes their physique and athletic capabilities are.  While not directly stated the type of advertising of muscle bound men lifting heavy weights makes it appear that exercise plays a major role.

What is know for sure however is that people who have troubled dieting are meant to benefit with this product.  It’s not known how much dieting is needed for this product to work. However since it does claim to help one get rid of weight. So therefore I’ve mapped out the details on Dexaprine.

The creators Iforce Nutrition, LLC have been in the supplement game for some time in the state of California, however they also run an Arizona company named Tribravus Enterprises.

For spiking their products with steroids, Tribravus was sentenced to a 3 year mandatory probation period as well as a $125,000 penalty. The FDA also barred this company from producing one of their supplements due to an ingredient that was not over the counter friendly. The company responded by issuing a recall of this supplement and there was a link full of information to those who suffered any side effects from the product.

The Dutch government issues a ban on Dexaprine after it was reported to have caused a death in a 20 year old person who supplemented with the brand.

A website offers resolve for US customers of this brand for its reported effects on the heart and its overwhelming amount of unsafe stimulants. A class action lawsuit is currently underway to make sure those who suffered harsh side effects would be properly compensated.  In fact after researching the product it became clear that the death that occurred due to the taking of this product was from a heart attack. Somehow the product is still available and the company decided to make a newer updated version of the same brand.

One can expect a change in their body when taking this product, that’s for sure. Looking at the available responses from real customers show it can produce effects on the body. While some say they felt an increase of energy, some say the effects were overwhelming. Keep in the back of your mind however that any kind of sudden stimulation will cause a change in the body. It’s just a matter of how long and how safe.

Some customers have added they experienced short lived results while others state it was hard for them to stay awake. As far as fat loss goes it really depends how much exercise and diet one can muster. This product is really marketed as providing relief in dieting as opposed to being a real fat burner. Add to the this the fact it is only intended for a short amount of usage. It’s clear the product is not meant for long term use according to the many customer details available.

Real effective ingredients are sourced in the Top Best of the Best products.

A very careful maximum dosage of 2 capsules a day are needed, and they must be taken first thing in the morning with an empty stomach. This has been made a clear fact that must be honored as to avoid any potential complications.

As far as the ingredients there’s a lot of stimulants which the manufacturers mention in their marketing. The combination of citrus aurantium and caffeine has been reported on multiple accounts of being a potentially dangerous mix. Couple that with the addition of green tea and acacia rigidula which are also stimulants.

Perhaps added to help prevent any issues is the addition of rauvolfia serpentina. It is meant to decrease overall heart rate and it prevents an increase in blood pressure. While the ingredients are not explained as to their overall purpose, it makes sense this ingredient would be added, it helps prevent the sudden increase in stimulation.

Since the mixture is full of stimulants it becomes important to watch out for excessive intake as well as potential side effects that I will cover in the next section.

Dexaprine has all its supplement facts listed here:

Absolutely there are many potential nasty negatives associated and in fact one of them lead to this product being banned.

Of course with the addition of caffeine there is some risk in the form of anxiety, increased heart rate, insomnia in top of other factors. Well also documented is the risk factor associated with mixing caffeine with the other ingredient found here in citrus aurantium. WebMD has a warning that this combination has lead to severe issues in terms of elevated heart rate. So therefore when you consider that is just one combination, the other stimulants then become scary prospects.

The heart attack seen in an otherwise healthy 20 year old was also a major deciding factor of this products ban. Due to this potential threat it becomes clear that the drug can be potentially fatal in some people. Current customer accounts repeat how Dexaprine can potentially lead to an overwhelming sensation to the body. Therefore it must be cautioned the product has had a history of debilitating effects.

The manufacturer’s certainly don’t shy away from claiming their product is laden with stimulants. They even include in the marketing of this brand that it contains the right amount of stimulants. Not only do stimulants only work for a short period of time but they have the effect of potential risky side effects that have been reported for this brand. Certain customers have added it is a heavy product and that it caused unease in some. What also degrades the brand is that it is intended to be used for those who are dieting a lot and need an extra push. So right there it limits the target audience to hardcore dieters.

Reading into the product it then became clear why it was banned in the Netherlands. It has a lot of ingredients that have shown an elevated risk of heart attack. One 20 year old person actually died from supplementing with this brand. This may be a reason why the manufactures do not add it to their list of items and instead, they’ve added a newer version called Dexaprine XR. However the product is either still being manufactured or still being sold by various online retailers. When you consider the history of the company it also adds doubt. There have been recalls and lawsuits handed down for the harsh ingredients found in other brands.

So while the product aims to hit a niche market of dieters, it may prove too extreme for many.

Making sure you get the right supplements is an easy task, consider the Very Best products available now.