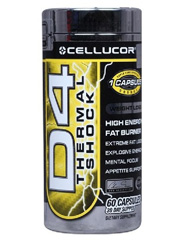 Some supplements require exercise and others are meant to work within whatever your own demands are. Others produce better results with exercise, some demand it and others require none of it. Typically found in supplements for weight reduction is the claim they add energy,  this energy is sourced from stimulants often. Of course stimulants have their own field of potentials.  In fact much more information is needed due to their effect on the body. No lie, taking a stimulant no matter how used to them you assume to be, can still potentially cause issues that are difficult to balance out.

Some important questions demanding an answer is how much stimulants are added? What kind? How does it function with the sorrounding ingredients added? Of course to add a simplified approach the key details are outlined in full disclosure so you yourself can decide for yourself.

No two people match equally so right here in this outline you are given access to the details for a well informed decision for your demands.

When this weight loss product kicks in, the idea is to have you feel a sudden “shock” to your system.  Also when receiving this shock one must include diet and exercise. A sudden burst of energy is meant for you to use it to work out harder. Also the dieting helps the thermogenic qualities stay at a high rate. So you lose more calories as you go about your day. The help this product is intended to provide is to help reduce your appetite, while improving overall mental focus; the mental output is meant to be put forward in honing in on a good gym session that requires all your faculties. So this product is really more of an exercise and diet supplement, it just happens to supposedly work wonders on the bodies overall feelings. They add in their product description that for days when you feel without motivation and tired, that taking this will decrease the odds of you not performing to your full capacity. To those sensitive to caffeine, one might have to already avoid this brand because it relies heavily on caffeine.

Basically the idea behind the product is to increase thermogenic effects on the body, that’s the largest more seen aspect of this brand. This means one has an elevated core temperature and in turn you naturally burn extra calories. The marketing states that it will actually melt fat right off your body. Looking at the product in its packaging one gets the feeling you’re going to be exposed to a military type weapon. A sleek metallic case with a yellow packaging and a name like D4 make it appear extreme.  D4 is a play off the name C4 which is a type of potent explosive. By just examining this aspect of the marketing one can tell it’s heavily favored towards people who exercise. It also bears repeating one must be OK with habitual exercise and diet plans to experience any changes.

Though the company has a Cellucor label, the real head manufactures are Nutrabolt, a Texan company.  The company has 4 major brands and they are supplements either for sports and nutrition, or for sexual vigor.

The company offers a money back guarantee for 30 days with some of their brands, however it is only guaranteed for purchases made directly with the site themselves. If bought at the available retailers such as GNC or other online venues there is a possibility there would not be a return honored.

Not much information exists about their business practices in the negative. There are positive reports that the company helps support charities.

Well there is a lot this product intends to do, and after reading the overall consensus of 119 reviews left on Amazon.com as well as other resources, it became clear.

As far as energy goes, yes there might be some effects that come about due to the caffeine. Depending on the person there were accounts the energy was sustained, others claim they didn’t feel it, others say it was too much, some add that it quickly stopped working. So the rate of caffeine which can have different effects from person to person can be felt. However much cheaper and natural forms of caffeine can be found elsewhere.

On the topic of reducing weight it’s even more muddled. Many report not experiencing anything in terms of weight loss and others add there was gradual change. Of course when introducing diet and exercise there will always be weight loss if done correctly. Also once again the main culprit for this might be due to the caffeine and its thermogenic effect on the body. Still, this caffeine isn’t a prime ingredients as it can be sourced from cheaper substances.

Finally their last focus is on improving mental function. The same story plays out of wide ranging effects from person to person. Some however added they lost attention and were bouncing off the walls. Presumably due to the caffeine content. In short, while there are potential effects they seem to vary greatly and really much cheaper alternatives exist out there that would provide the same effect or better.

Much easier effects that don’t require caffeine supplementation can be found in other supplements.

Since the product is intended for athletic types it’s important to realize the addition of the WADA(sports regulatory agency) ban on one of the ingredients, Octopamine. This has been banned due to its stimulatory effects. Looking at the ingredient is has been used to burn fat, however there have been no official studies on humans.

Some other sources found here such as white willow bark have also not been tested positively for weight loss, amla fruit has the same issues.

Looking at the passion flower, evodiamine, very little research exists to test their effectiveness. Really the only proven ingredients are N-Acetyl-Tyrosine which is used to treat stress and improve mood, while caffeine has its own positives and negatives. Not really much information exists on this proprietary blend and it’s hard to know if it will product any positive effects. What is known however is that only 2 of the ingredients here have an effect, and the fat loss comes from a stimulant which can potentially overwhelm.

So the product stands as a one a day formula to be taken in the morning due to the potential for keeping one up for an extended period.  There’s also a recommendation to cycle the product. This means one should take it for 8 weeks and then quit taking it for approximately 2 to 4 weeks. Cycling is a common term used in the field of steroids which denotes taking a substance for a period then stopping use to let the body adjust.

Straight from the manufacturers themselves, here is a quick look at the supplement facts for Cellucor D4 Thermal Shock: 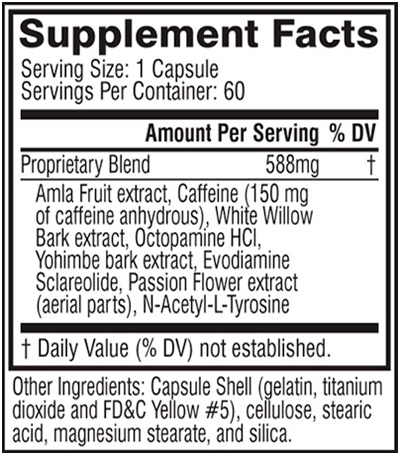 Most of the ingredients presented in this brand have really not been well researched enough to know of all the future and even current potential side effects.

What can be seen from many reviews online is that people have experienced symptoms which may be closely linked to caffeine overdose. Some have reported feeling really nervous and jittery. Others state they were in a constant case of feeling dehydrated and lightheaded. All this falls directly in line with an overconsumption of caffeine.

There have also been reports of feeling a major crash after ceasing to take the product.

You can avoid any pitfalls found from side effect laden products with the top reviewed sites that exist.

There’s no doubt this supplement will induce an effect on the body, it just might not be the effect on is looking for. Just by taking a look at the marketing it makes it obvious that only a select amount of people are intended to take it. This includes those who are not sensitive to caffeine. As well as people who have the time, dedication and patience to diet and exercise.

Studying the formula leads one to believe that out of all the 8 ingredients, only 2 of them have been directly tested. One of the 8 ingredients has also been banned from athletic competition. So by looking at these ingredients it then becomes hard to see why one should pay extra cash when one can supplement with them in a much cheaper form. Looking for caffeine is easy and can be done with teas and coffee. It’s not necessarily a groundbreaking ingredient. However when added to this proprietary formula it makes it impossible to know what to expect. So naturally this leaves us with customer opinions.

Many of the reviews focus on how the product is essentially one giant caffeine pill. Many people complain about the side effects and how they struggled to cope with the negatives.

So while the pill does work, as an energy fix, it’s not optimum for fat loss as it can only be used for short periods in a limited amount of people.

Excellent supplements can provide you with the results you want for a different body type.