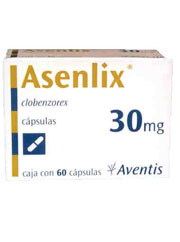 Asenlix Review – How Safe and Effective is it?

There are times that a diet pill may be released to the public, without there being much knowledge about how it affects the people that take it. At first it may just seem that the desired result, weight subduction, is all that is seen. As people become more exposed to the product, it’s then that people begin to realize that there may be adverse reaction associated with it’s use. In some cases, these adverse reactions may be dangerous. It is at this point that the federal government steps in and decides to do something, in the name of public safety. This is the story of Asenlix, which in the 1970s was available for purchase in the United States, but with the passage of years, it was soon prohibited from being able to to be purchased at all. Today the diet pill is only available in Mexico, where it is manufactured.

The following article will break down exactly what this product was, so you may be more well informed about the substances that are available for purchase in the contemporary world. Being informed will only benefit you, there are no negatives to being more knowledgable.

Asenlix is a weight management pill that has been asserted to intensify the metabolic rate, as well as repress hunger pangs. Initially meant for the consumption of women and men, athletes began to take this product because it enhanced their reflexes, alertness and states of mind. With its rise in popularity, it gained the nickname “greenies”, because of the color that the diet pill came in. The generic name for Asenlix is clobenzorex. It is no longer available in the United States, but may still be purchased in the country of which it is manufactured, Mexico.

Although it is chemically similar to amphetamines, Asenlix is known to only have a fraction of the potency of that narcotic. Furthermore, it is because of this relation to amphetamines that side effects were experienced by some users that would lead to the eventual prohibition of the substance entirely. Although mentioning that this product is related to amphetamines may dissuade people from this product, I think it is important to mention, that there are many other diet pills that are known to have at least some chemical relation to amphetamines. The difference between what is legal and what isn’t is really all a matter of the perceived danger that these products have on people.

Sanofi-Aventis is the company that is known to manufacture Asenlix. Originally created from Aventis, the company has since merged with the Paris, France based Sanofi. The company is known for producing, marketing and manufacturing pharmaceutical drugs both in the over-the-counter and prescription based markets. The main areas that the company focuses its energies on are in the oncology, diabetes, central nervous system, vaccine, cardiovascular, thrombosis and internal medicine fields. The company is not free of controversy, as in 2006 they were sued by a group of Iraqis who were infected with HIV from products that were tainted by the company. The company has also not seen a reason to incorporate social media into their marketing plans, and has no presence on any of the different social media platforms. The company does however, have a section of their official website dedicated to individuals who may be looking to invest in the company.

Because of it’s chemical makeup, it does seem that Asenlix may have some effect on the snuffing out of appetite, as well as providing energy to it’s users. This does not therefore mean that everyone who took Asenlix was able to see their appetites quashed or their energy levels raised, it was more of a mixed bag of results. Moreover, I was not able to find anywhere how regular exercise and a calorie deficient diet would play into weight loss. That seems to have been a trouble with this diet pill, is that it seemed to be retailed to be something that was akin to a miracle. Because there were athletes that took this product, the exercise aspect of weight loss may have been downplayed a bit, as athletes are always physically active. And none of what has been just stated, is even mentioning the possible adverse reactions that Asenlix may cause, and which led to it’s not being available for sale in the United States (more on this below.)

Top Rated Products are universally lauded for being the most sufficient weight subduction pills available for purchase, either online or in stores.

Asenlix is the sole ingredient that comes in packages containing this diet pill. It has a chemical formula of C16-H18-Cl-N and a molecular weight that totals out to be 259. It is an amphetamine  that is N-substituted analog that is transformed into a d-amphetamine after it has been consumed. In productions of Asenlix that have been made on a commercial basis, the amount that this diet pill comes in, is an amount that weights out to be 30 mg. Because it is not available in the United States, I was unable to find any information pertaining to the ideal dosage that this product should be taken in, nor was I able to find any information regarding when it should be taken, and if it should be ingested with food, water or both. There was also a void of information as to the specific groups of people, that should avoid use of this product. There may have been mentions of at risk groups, however this was not clearly stated in fine print.

The main reason that Asenlix sale was halted in the United States, was because of the adverse reactions that were experienced by some users. These side effects include problems sleeping (insomnia), nausea, anxiety, palpitations (rapid heartbeat) and nausea. Asenlix has also been known to affect the serotonin receptors, meaning that after using this drug, people began to feel depressed and fatigued. The biggest concern however, was how the Asenlix accelerated the heart rate, which may lead to issues with people who were either on other forms of medication or with people with pre-existing health conditions, mainly pertaining to the heart. Despite this, there were still users who didn’t report any adverse reaction after consuming Asenlix. Be that as it may, that did not stop the federal government from placing a ban on the product.

While there may be other amphetamine based diet pills on the market, Asenlix was not one of these lucky enough to remain. Because of the adverse reactions that may be experienced from it’s use, it was outlawed outright. There are also concerns as to how well the product as whole really worked, as not everyone who used this product saw the kind of results they were seeking out. That is notwithstanding that there were never any mentions as to how consistent exercise, nor a diet free of excessive calories would play into making weight management successful. Today the product may only be found in Mexico. While there are some people who would still take the risk in attempting to obtain this substance, for the rest of us, this is simply too much hassle to go through, especially given that the product that is being sought after, may not be that robust at all. If you are looking to subtract substantial amounts of weight from yourself, a more optimal choice would be to go for products that are concocted of all natural ingredients, and which are known to be much safer than weight management pills that the federal government has deemed dangerous. And the best part about these alternative products? They are widely available in the United States. Why wouldn’t you want to get a product that was easy to obtain, rather than one that isn’t?

Top Rated Products have audiences of users that enjoy consuming them not only on a domestic level, but on an international level as well.